This is the longest article we have published to date on our Rainbow Seniors website. It is also one of the most important in terms of its analysis of the progress the LGBTQ community is making. Even if you don’t read the dense text, scroll down for the stats on changing attitudes around the world.

There has never been a more comprehensive study than this, and the timing is perfect.

Today, on the International Day Against Homophobia and Transphobia, Logo, the leading entertainment brand inspired by the lesbian, gay, bisexual, transgender and intersex (LGBTI) community, launched the Global Ally multiplatform storytelling project and released initial findings from the inaugural ILGA-RIWI 2016 Global Attitudes Survey on LGBTI People in partnership with Logo, the largest survey of attitudes toward LGBTI people around the world. The survey of nearly 100,000 individuals in 65 countries including Brazil, China, Congo, Egypt, France, Iraq, Russia, Saudi Arabia, Uganda, and the United States, conducted by global survey technology company RIWI Corp. and the International Lesbian, Gay, Bisexual, Trans and Intersex Association (ILGA), found that acceptance of the LGBTI community is growing both in the United States and around the world, but there is a long road ahead for equality.

The launch of Logo’s Global Ally project coincides with The International Day Against Homophobia and Transphobia (IDAHOT), an annual day when LGBTI activists in more than 130 countries mobilize to draw attention to the violence and discrimination experienced by LGBTI people. Logo partnered with the Human Rights Campaign (HRC) and OutRight Action International on Global Ally, a year-long multiplatform storytelling project which will feature video interviews with dozens of international LGBTI activists, hosted on http://globalally.org. Global Ally provides Logo’s audience with inside looks into the lives of international LGBTI people and features ways to send direct messages of solidarity and support to activists around the world.

Global Ally videos will be presented by advocates Geena Rocero and Omar Sharif Jr. and will spotlight issues including censorship, criminalization, discrimination and transgender equality. The first video debuted last night at the United Nations during OutRight’s Celebration of Courage event. Additional videos will be released throughout the year.

“Stories of LGBTI people in the media have the power to create real change, but in too many countries today, LGBTI people cannot turn on the TV, open a newspaper or go online and see themselves represented,” said Rich Ferraro, Senior Director of Communications & Public Affairs at Logo. “Global Ally is a platform for international LGBTI people to share their own stories as well as a way for our audience to amplify them and send a message that we stand in solidarity.”

As part of Global Ally, Logo also released the first round of results from the ILGA-RIWI 2016 Global Attitudes Survey on LGBTI People. RIWI Corp. polled nearly 100,000 respondents from 65 countries on their attitudes toward LGBTI people and issues. The survey fielding used RIWI Corp.’s patented Random Domain Intercept Technology™, which targets random Web users around the world, including remote locations, who are surfing online through an anonymous opt-in survey. RIWI Corp. has conducted similar global surveys for the World Bank, Freedom House, and the International Association of Prosecutors.

Initial findings from the Global Attitudes Survey show that attitudes towards the LGBTI community have become more favorable over the past five years across the world, but reinforce that acceptance is far from a reality in dozens of countries around the world. Throughout the year, Logo’s Global Ally project will release additional regional research findings.

“We are witnessing a significant shift in consciousness away from the most egregious forms of discrimination at the global level, albeit with remarkable differences between the various regions. With the exception of Pakistan, Uganda, Nigeria and Ghana, even in countries known for laws criminalising same-sex sexual behaviour among consenting adults, less than 50% of the population supports those laws,” said Renato Sabbadini, Executive Director of ILGA. “We need, however, to increase support for activists and broaden the basis of our allies, if forward progress is to continue, especially in the domains of legislation and public education.” 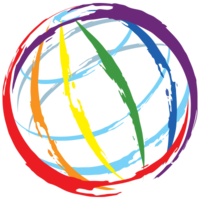 Survey Question: Human rights should be applied to everyone, regardless of whom they feel attracted to or the gender they identify with.

o    In Nigeria, where same-sex relations can be punishable by death, 67 percent of respondents agreed with this statement.

o    In India, where earlier this year the Supreme Court heard a challenge to a law that criminalizes LGBTI relations which was enacted in 2013, 68 percent of respondents agreed.

Survey Question: Over the past five years, how would you say your feelings toward LGBTI people have changed?

o    In every country, respondents who said their attitudes have become more favorable over the last five years reported that knowing someone who is LGBTI was the leading reason behind the change.

o    This positive trend was not universal. In seven countries (Congo, Fiji, Indonesia, Jordan, Kazakhstan, Nigeria, Uganda), the number of respondents who said their attitudes toward LGBTI people have become less favorable over the past 5 years was higher than respondents whose attitudes have become more favorable.

Survey Question: A company should be allowed to fire an employee for being LGBTI.

o    In the U.S., where 29 states lack legal protections preventing LGBTI people from being fired for who they are, only 15 percent agreed that companies should be allowed to legally fire an employee for being LGBTI.

Survey Question: Being LGBTI should be a crime.

o    This includes respondents from countries that currently have laws that criminalize being LGBTI or distributing LGBTI materials: Russia (55 percent disagree that being LGBTI should be a crime); India (49 percent); Jamaica (47 percent); and Morocco (40 percent).

o    A majority of respondents in only 5 countries (Congo, Ghana, Nigeria, Pakistan, Uganda) agreed that being LGBTI should be a crime.

Survey Question: Bullying of young people who identify or are perceived as LGBTI is a significant problem.

o    Nearly half of respondents in North Africa and the Middle East agreed with this statement, which is the highest percentage of agreement from this region on a LGBT issue.

o    North American and European respondents were most in favor, at 50 percent and 52 percent, respectively. The highest negative responses came from Central Eastern Europe (56 percent), North Africa and the Middle East (56 percent) and the rest of Africa (58 percent).

Methodology:
The survey fielding approach for this study used RIWI Corp.’s patented Random Domain Intercept Technology™, which targets random Web users around the world, including remote locations, who are surfing online and then randomly encounter an anonymous opt-in survey. More detail on the global RIWI survey system, which collects no personally identifiable information, and the extended methodology for this survey, may be found here: https://riwi.com/case-study/lgbti/.

About ILGA:
The International Lesbian, Gay, Bisexual, Trans and Intersex Association (ILGA) is a worldwide federation of organizations committed to equal human rights for LGBTI people. Founded in 1978, it enjoys consultative status at the United Nations, where it speaks and lobbies on behalf of 1,200 member organisations from 125 countries. http://ilga.org