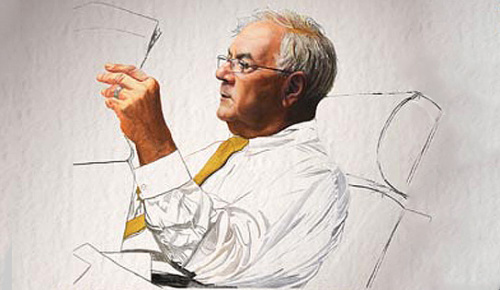 Rainbow Seniors is thrilled to learn that former Massachusetts Congressman Barney Frank will present a lecture titled “Washington Gridlock, Gay Rights, and Jewish Roots” at Williams College on Sunday, April 10, 2016. This event will take place at 8 p.m. in Chapin Hall, and is free and open to the public. Tickets are not required, but if overfilled the event will be simulcast in Brooks-Rogers Recital Hall.

Frank’s talk will draw from his memoir, Frank: A Life in Politics from the Great Society to Same-Sex Marriage, in which he discusses the satisfactions, fears, and grudges that come with elected office. Frank tells of battles from AIDS funding in the 1980s to the financial crisis in 2008, in which he played a key role. He recalls the emotional toll of living in the closet and how his public crusade against homophobia conflicted with his private accommodation of it.

Frank served as a member of the U.S. House of Representatives for the Fourth Congressional District of Massachusetts from 1981 to 2013. A member of the Democratic Party, he served as chairman of the House Financial Services Committee from 2007 to 2011 and was a leading co-sponsor of the 2010 Dodd-Frank Act. In 1987, he became the first Congress member to publicly come out as gay, and later was the first member to enter a same-sex marriage while in office. He is a regular commentator on MSNBC.

This talk is sponsored by the Leadership Studies program, the Bronfman Fund, and the program in Jewish Studies.

kenneth@rainbowseniors.org
1-413-644-6545
Text Anytime.
Please state it's in regards to Rainbow Seniors
Texting Preferred over calls.
%d bloggers like this: